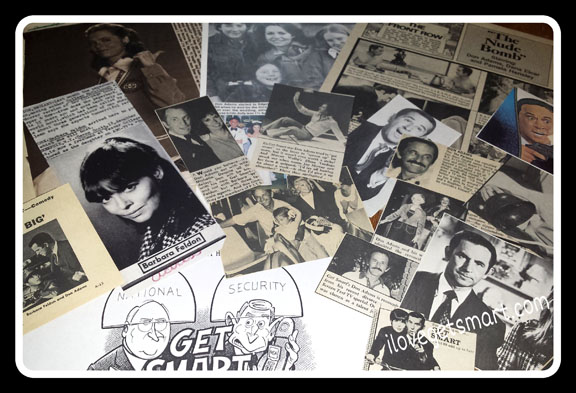 Would you believe I still need to load all this stuff?

You’ve probably visited one while surfing the web for some topic that peeked your interest and while you might have found the answer you were looking for, you may wonder what kind of person is on the other end of that information.
I’m referring to fansites and their owners.
I have been busy with extensive site maintenance since early spring – hence why writing about episodes have been pushed to the back burner. While in the midst of website housekeeping, I figured I should talk a little about what goes into maintaining this site. For those just stumbling into this blog, it’s attached to a larger site, www.ilovegetsmart.com
The site is coming upon its 17th birthday. The internet was a different world when this was built – a slower, smaller world. The site still reflects that era – well just a little.
The fansite of 20 years ago was probably one that had visually distracting wallpaper in the background — coupled with a few annoying midi files that played when a page was opened. Maybe there were frames. Maybe there were image maps and roll over text. Sure, it was gaudy but, hey, everyone has their guilty pleasures.

Media - old school. A stack of VHS taps and a few boxes of floppy disks are probably the foundation of any longtime website.

Believe it or not, there were actually a bevy of Get Smart sites back in the late 90s. They focused on aspects of the show ranging from fan fic to photographs. A handful of these sits shot up in the early 2000s during TV Land’s run of Get Smart.
However, over the years a good number of those sites vanished. Many of them went by the wayside with the demise of Geocities, which closed down in 2009. Others likely remained inactive long enough that their service provider pulled the plug. Still, there are a few of us that, despite changing media trends, life, universe and everything, are still hanging around.
In the summer of 1999 I taught myself HTML and started my site over on Geocities, focusing on three different topics: Swing music, The Beatles and what would eventually over take the whole thing — Get Smart. At the time I was — and still am — part of an email-based fan group dedicated to the show. Some of the topics we discussed there and during our weekly chat made their way to my website — like that noted painting of Agent 99 we see in two episodes.
My angle has been to take those sort of topics — like Max’s cars and all of Control’s female agents — and craft fun content.
I have some photos here and there — enough to illustrate things, but this site was not photo heavy for a few reasons. When the site started years ago, there were a couple sites focused entirely photos but I didn’t want mine to look like a copy of those — I wanted maybe more unique things. Technology back then was different. There was very little space to work with and adding and acquiring photos was a process.
Since technology has improved, there is more room for that kind of media, but I still see keeping photos to what they are — except for when there is a new blog post – then I’ll add a few relating to that topic.
Over the years other sites have lifted photos from my site without asking or even referencing the site. Lately I’ve been seeing people building social media sites with images that they’ve grabbed from Google – images that I know belong to other sites. I used to have a page featuring original artwork, but because of this growing trend, I deleted it. 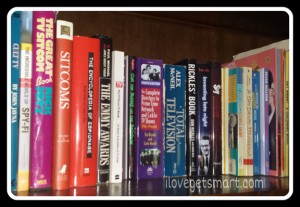 Required reading: Webmasters wanting to create a site with substance had to be ready to do their homework.

If you’ve found a fansite on your favorite show that’s still hanging around, keep in mind it’s a labor of love for that webmaster. There’s no monetary gain from this hobby, and in all likelihood the webmaster is probably operating on a deficit. So, while other girls are into getting blinged out nails at the salon and having fab lunch dates at the local bistro, I’m the weirdo scouring ebay for a new collectible. To each their own.
Now, my world doesn’t entirely revolve around this — as hard as that might be to believe 😉 I have a job and a family to tend to, so opportunities to work on this website can be sporadic. Thankfully my husband humors my nerdity.
Now for a fun fact!
What’s turned out to be the most popular part of my site? Interestingly, the most referenced and visited section is about a gun Max is pictured with — the AR-7. I’ve found that page linked to various message boards over the years and people still come back here to read about that topic.

The guts of a fansite or, in this case, scrapbooking for geeks.